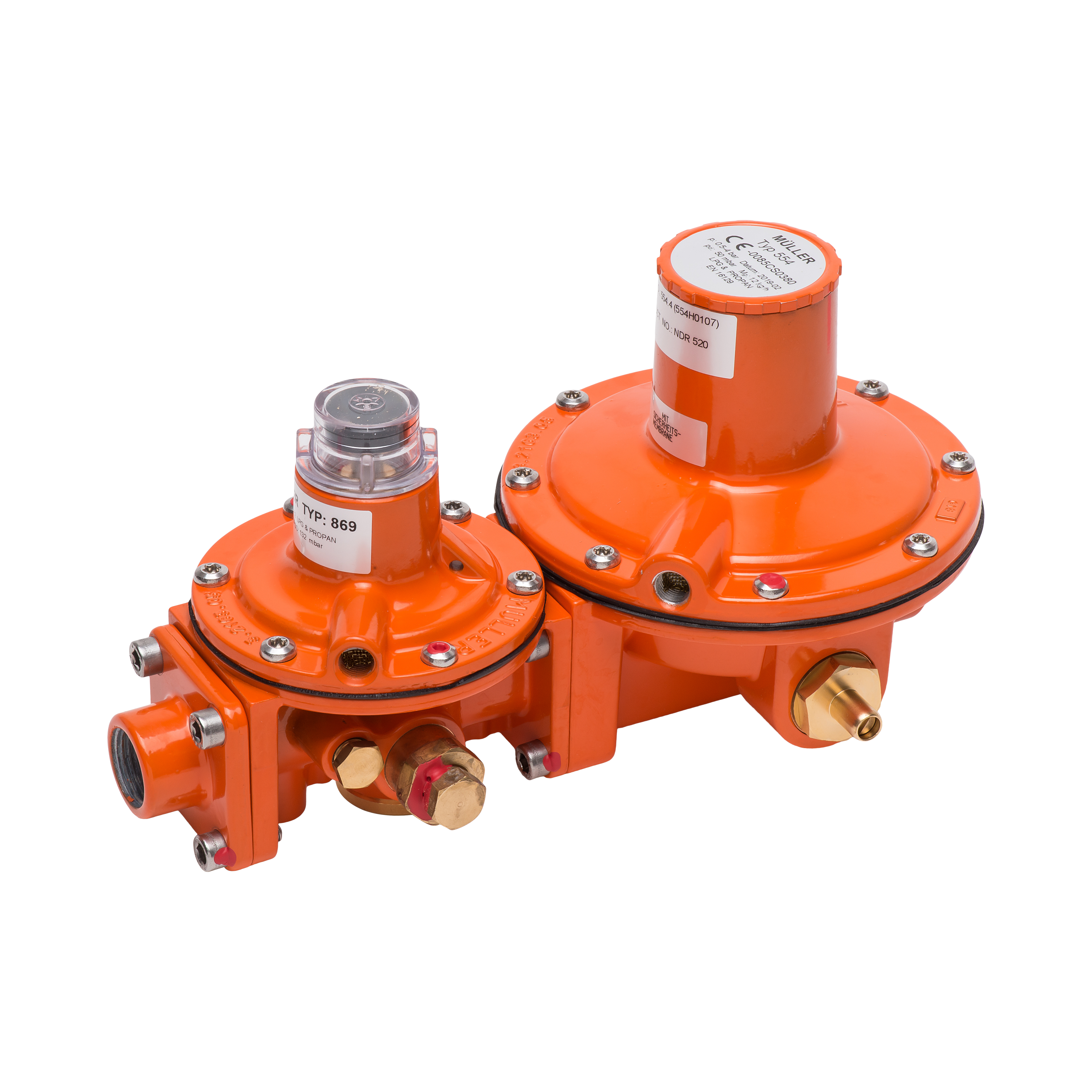 As safety-related equipment, the regulator is equipped with a safety shut-off valve (OPSO) and a safety diaphragm.
The 520 low-pressure regulator is supplied with a pre-assembled thermal shut-off device (TAE).

The safety diaphragm means that no blow-off line to the outside is required.

If there is a further increase in pressure, e.g. due to the OPSO not closing completely, the safety diaphragm prevents the gas from flowing out uncontrollably.

3. Safety diaphragm
In the event of a malfunction of the OPSO, the safety diaphragm prevents a dangerous quantity of gas from escaping into the installation room. A blow-off line is therefore not required.

If there is a further increase in pressure, e.g. due to the OPSO not closing completely, the safety diaphragm prevents an uncontrolled gas flow.

ATTENTION ! All activities described in points C, D and E may only be carried out by authorised specialist personnel.

C. ASSEMBLY
Indoor installation “t”
The pressure regulator is installed indoors and is equipped with a fuse. There is no need to lead a blow-off line to the outside, as the pressure regulator has a safety diaphragm.
The ventilation opening must always be open, otherwise the OPSO will lock due to pressure increase.

IMPORTANT ! – Only use proper tools for assembly. – Prevent sealants from getting into the gas-carrying components. – Always counteract threaded connections with suitable keys. – After assembly, a careful leak test must be carried out.

D. START-UP
Start-up is carried out together with the 1st stage pressure regulator.
The main shut-off valve must be opened slowly.
If the OPSO has locked, the following steps are required: